“This book is a must for those professionals (psychologists, psychiatrists, clergy, etc.) who have an interest in the ‘wonderland’ of dreams… Surely, this excellent book will stimulate considerable discussion in a number of professions. I hope it will also stimulate considerable dialogue between psychology and religion, which are not really mutually exclusive (sorry, Sigmund!).”
—Daniel E. Williams, Contemporary Psychology

Part 1. Introduction: First Steps
1. Dreams Through the History of
Religions
2. Exploring the Wilderness of Dreams

Part 4. Dreams and Religious Meaning
15. The Concept of Root Metaphors
16. Flying with Great Eagles and Eating Short Bananas:
Examples of Root Metaphors in Dreams
17. Root Metaphors and the Eight Paths into the Dream
Wilderness
18. Towards Integration: Interpreting “Being Dissected
by the Evil Alien”

Appendix 1. Other Paths into the Dream Wilderness
Appendix 2. Does God Speak in Dreams?

Among All These Dreamers: Essays on Dreaming and Modern Society.
(Edited anthology)
By Kelly Bulkeley, Ph.D.
SUNY, 1996

“[F]or American dreamers and scholars who still consider dreams and dream studies as primarily intrapsychic and psychological phenomena, this book is an extremely valuable attempt to reverse the trend and to move in the direction of social involvement and social responsibility.”
—Mary-Therese Dombeck, American Anthropologist

Introduction
I. Dreams and Social Reform
1. Dreams and Social Responsibility: Teaching a Dream
Course in the Inner-City. Jane White-Lewis
2. The 55-Year Secret: Using Nightmares to Facilitate
Psychotherapy in a Case of Childhood Sexual Abuse.
Marion A. Cuddy and Kathryn E. Belicki
3. Seeking the Balance: Do Dreams Have a Role in
Natural Resource Management? Herbert W. Schroeder
II. Dreams and Dialogues with “Others”
5. Reflections on Dreamwork with Central Alberta Cree:
An Essay on an Unlikely Social Action Vehicle. Jayne
Gackenbach
6. Sex, Gender, and Dreams: From Polarity to Plurality.
Carol Schreier Rupprecht
III. Dreams, Spirituality, and Modernity
7. Traversing the Living Labyrinth: Dreams and
Dreamwork in the Psychospiritual Dilemma of the
Postmodern World. Jeremy Taylor
8. Invitation at the Threshold: Pre-Death Spiritual
Experiences. Patricia Bulkley
9. Western Dreams about Eastern Dreams. Wendy Doniger
IV. Dreams and Critical Reflections on “Our” Culture
10. Political Dreaming: Dreams of the 1992 Presidential
Election. Kelly Bulkeley
11. Healing Crimes: Dreaming Up the Solution to the
Criminal Justice Mess. Bette Ehlert
12. Let’s Stand Up, Regain Our Balance, and Look Around
at the World. Johanna King
13. Conclusion

This wide-ranging exploration of the spiritual and scientific dimensions of dreaming offers new connections between the ancient wisdom of the world’s religious traditions, which have always taught that dreams reveal divine truths, and the recent findings of modern psychological research. Drawing upon philosophy, anthropology, sociology, neurology, literature, and film criticism, this book offers a better understanding of the mysterious complexity and startling creative powers of human dreaming experience. For those interested in gaining new perspectives on dreaming, the powers of the imagination, and the newest frontiers in the dialogue between religion and science, Visions of the Night promises to be a welcome resource.

“I am most intrigued by Bulkeley’s notion of dreams as root metaphors. Such a notion fits in well with an existential-phenomenological approach to dream interpretation, and also lends itself to understanding dreams in the context of spirituality. I think this text matches the quality of Bulkeley’s 1994 book (The Wilderness of Dreams), which I regard as a potential ‘classic’ in dream theory.”
—Hendrika Vande Kemp, Fuller Theological Seminary

“In Visions of the Night Kelly Bulkeley articulates a thesis which allows dreams to be accessible to the most reductive scientific analyses while concluding that they are both meaningful and religious. Punctuated by illustrations taken from a variety of cultural arenas, Bulkeley weaves a narrative that sifts through a panoply of psychological, sociological, and religious perspectives on dreams, engages cutting-edge debates, and speaks to the vicissitudes of individual and collective dreaming…. The virtue of this book lies not simply in its guiding thesis but in its scope. It provides a rich feast of perspectives on dreaming and an entry into pivotal controversies in the field.”
—William B. Parsons, The Journal of Religion

“This book, both a personal and scholarly journey, is well written, tightly argued, and evocative of the deeper regions of the human heart and mind. It covers a wide spectrum of disciplines, from the literary to the religious to the scholarly/historical, and has academic depth as well as an easy reading style. I very much respect Bulkeley’s scope of knowledge and breadth of integration.”
—Edward Bruce Bynum, author of Families and the Interpretation of Dreams

“Kelly Bulkeley offers us a series of essays on dreams and dreaming through a multiperspectival lens of several contemporary psychological and textual approaches used in religious studies….Self-contained chapters on dreams and conversion, neurophysiological models for understanding the religious meaning of dreams, dreams as play, and dreams and environmental ethics–to name just some of the thirteen topics addressed–awakened me to the many ways in which dreams deepen understanding of religion and connect us thoughtfully to issues of personal and political significance….Bulkeley is a prolific writer on dreams and religion from a psychological perspective. In this latest work beneath his erudite conversational informality lies not only a deep passtionate conviction about the contribution dreams make to human life and a human religion but a deep concern for a culture or a nation that has a perverted relationship to its dreams.”
— Chris Ross, Journal of the American Academy of Religion

Introduction: The Varieties of Religious Dream
Experience
1. Root Metaphor Dreams
2. Dreaming and Conversion
3. Where Do Dreams Come From?
4. Sharing Dreams in Community Settings
5. Dreams and Environmental Ethics
6. Dreaming in a Totalitarian Society: A Winnicottian
Reading of Charlotte Beradt’s The Third Reich of
Dreams
7. Dreaming is Play: A Response to Freud
8. Gods, REMS, and What Neurology Has to Say about the
Religious Meanings of Dreams
9. The Evil Dreams of Gilgamesh: Interpreting Dreams in
Mythological Texts
10.Wisdom’s Refuge in the Night: Dreams in The
Mahabharata, The Ramayana, and Richard III
11.Dreamily Deconstructing the Dream Factory: The
Wizard of Oz and A Nightmare on Elm Street
12.Dreams within Films, Films within Dreams
13.Dreaming in Russia, August 1991
14.Postscript on Dreams, Religion, and Psychological
Studies
Bibliographical Essays

Nearly everyone experiences, at least once or twice in their lives, a dream of extraordinary power and intensity, a dream that strikes an emotional chord deep within them. From the dawn of history people have regarded such dreams as an important source of spiritual wisdom and insight. Modern psychology, too, has long recognized the importance of these “Big Dreams”– Carl Jung referred to them as “the richest jewels in the treasure-house of the soul.”

Transforming Dreams shows readers how to make sense of those special dreams that “by their very nature invite people to grow beyond themselves.” Drawing on Bulkeley’s own innovative research and an array of sources ranging from Eastern and Western mythologies and religions to state-of-the-art brain science and neurology, this book explores the roles that erotic dreams, nightmares, flying dreams, and dreams of dying have played in people’s lives throughout history. Transforming Dreams offers an original method of dream interpretation that integrates both spiritual and psychological approaches, helping people discover in their most memorable dreams a pathway to deepening their self-knowledge, broadening their emotional awareness, and liberating their imagination. Read an article about the book.

“Kelly Bulkeley guides readers on an evocative journey through dreams that have transformed people’s lives. In clear, engaging language he shows how all dreamers can benefit from their nightly images and become receptive to their own ‘big dreams.’ Highly recommended.”
—Patricia Garfield, author of Creative Dreaming and The Dream Messenger

“An inspiring book that will transform how you understand your dreams. From Jacob’s and Achilles’ dreams to contemporary dreams, Kelly Bulkeley weaves ancient wisdom with unique and practical insights into life’s most memorable dreams and nightmares.”
—Alan Siegel, President, Association for the Study of Dreams

This book shows the value of dreams in helping people who have suffered a personal and/or community crisis to work through their losses and develop a new capacity for creative living. The focus is on the tremendous healing potential of dreaming in times of crisis—even the most terrifying post-traumatic nightmares are part of a healing process that ultimately leads to a deepening of spiritual wisdom and self-understanding. Dozens of examples are given of people who are trying to deal with a horrible collective disaster (like the terrorist attack of September 11) as well as people who have suffered personal catastrophes like sexual abuse, auto accidents, house fires, etc. The book’s goal is to provide readers with a basic set of skills to use in working with dreams and nightmares during times of crisis and disaster.

Acknowledgments
Introduction
1. Post-Traumatic Stress and Nightmares
a. The PTSD Diagnosis
b. Nan’s Dream Series
c. The Therapeutic Value of Dreamsharing

4. Flying and Falling
a. Crashing Planes
b. The Magic, and Peril, of Flying
c. Terrorists at Domenican College

5. Disease
a. Anthrax Anxiety
b. Dreaming and the Body
c. Personal Projections

6. Bad Guys
a. Unconscious Racial Profiling
b. Nan’s Dreams of Phil
c. I Am the Shadow

7. War and Protest
a. Crises of Conscience
b. On the Side of the Enemy
c. Family Battles

8. Anticipations
a. Did They See It Coming?
b. Possible Explanations
c. A Caregiving Response

9. Visions of Hope
a. Life Beyond September 11
b. Transformational Dream Analysis
c. A Conversation with Reverend Coughlin

Dreaming is a tremendously complex and multifaceted phenomenon. For this reason, there is no one discipline or theory that can give all the answers about the nature and meaning of dreams. Researchers from many different fields have contributed to our knowledge, and I believe the best approach to dream research is to integrate multiple sources of information—the more sources you have, the stronger your conclusions will be. I find dreaming so fascinating because it is both a deeply-rooted feature of our evolved brain-mind system and a powerfully creative expression of our highest spiritual yearnings. The capacity for dreaming is a universal feature of the human species, yet the infinitely varied content of our dreams highlights the unique qualities of each individual.

Index of Posts and Articles

Did you have a dream about a US politician or the election cycle?

Kelly Bulkeley Ph.D. ·
@KellyBulkeley
"I have more than once been consulted by people who were terrified by their dreams & visions. They took them for symptoms of mental illness, whereas in reality they were 'dreams sent by God,' real & genuine religious experiences that collided with a mind unprepared" CG Jung 1959 https://t.co/8Q6yYqSkAt
View on Twitter 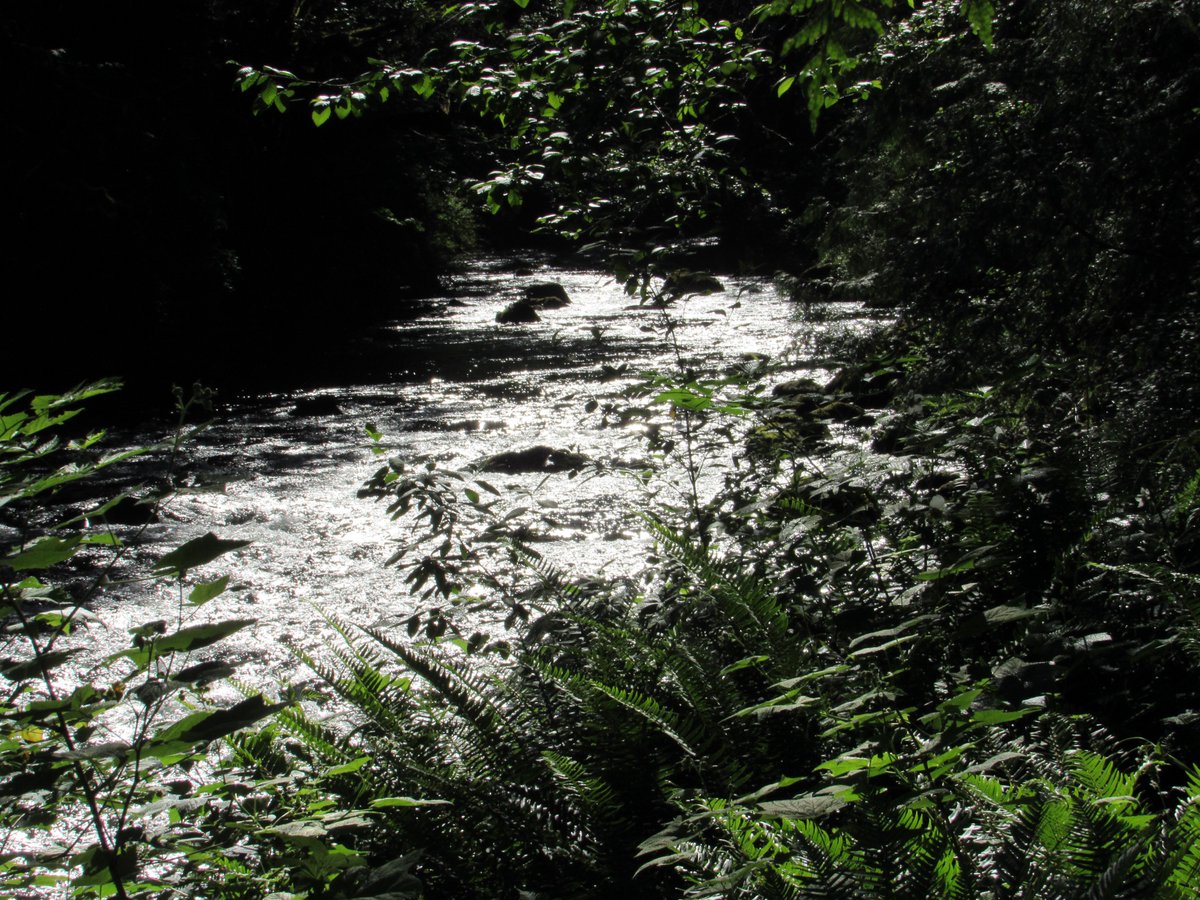 Kelly Bulkeley Ph.D. ·
@KellyBulkeley
"Dreams open a vista on what is possible thru virtual presentations that reflect something deeper, if enigmatic, and more robust in origin than attributed to a strictly social or psychological cause. The ontological aspect is, at base, a form of developing sentience" L.Irwin 2022 https://t.co/STTjyHlGOk
View on Twitter 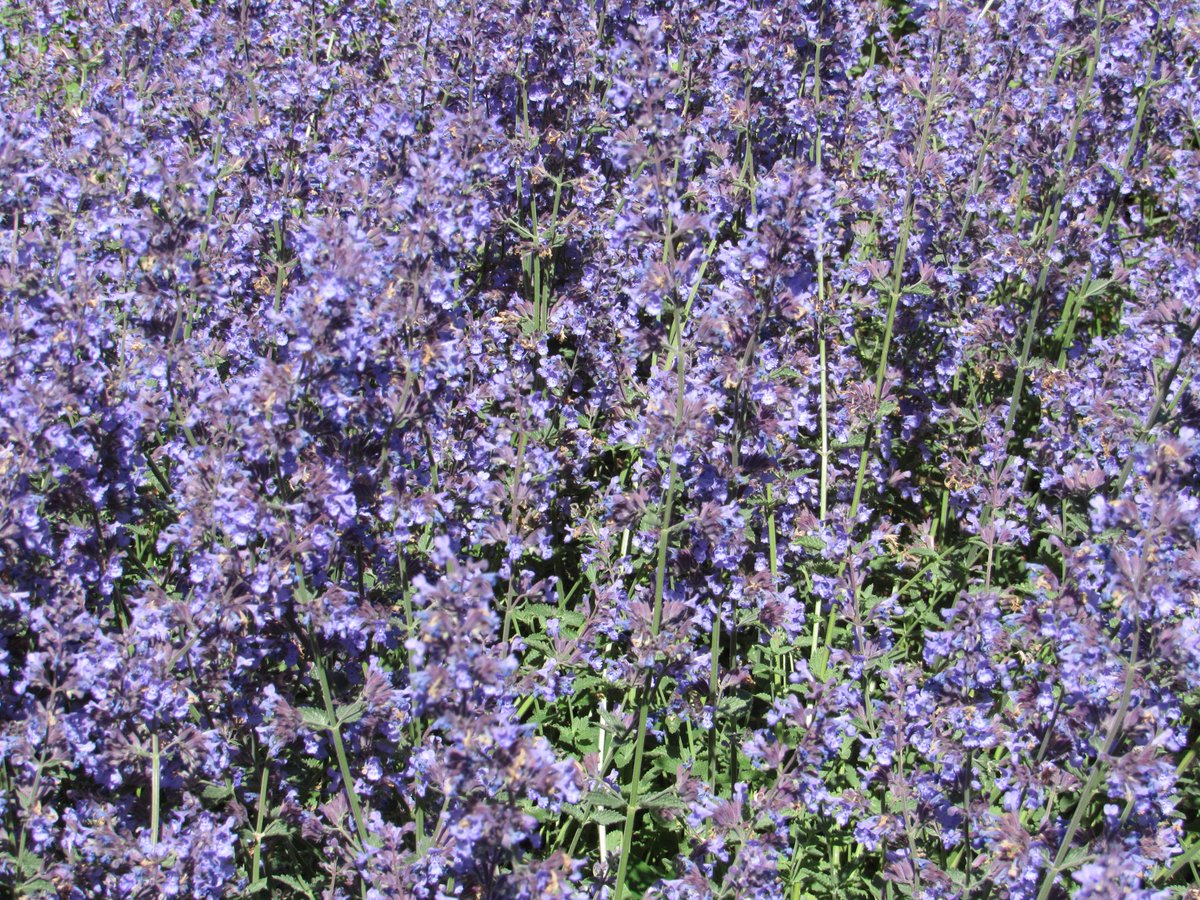 Kelly Bulkeley Ph.D. ·
@KellyBulkeley
"Myths reflect our desire to believe that people really can dream the same dream, a desire that is a deep hope--a dream, if you will--that we all share. The myths that describe such experiences are shared dreams about shared dreams" - Wendy D. O'Flaherty, 1988 https://t.co/lIXGBtq77o
View on Twitter 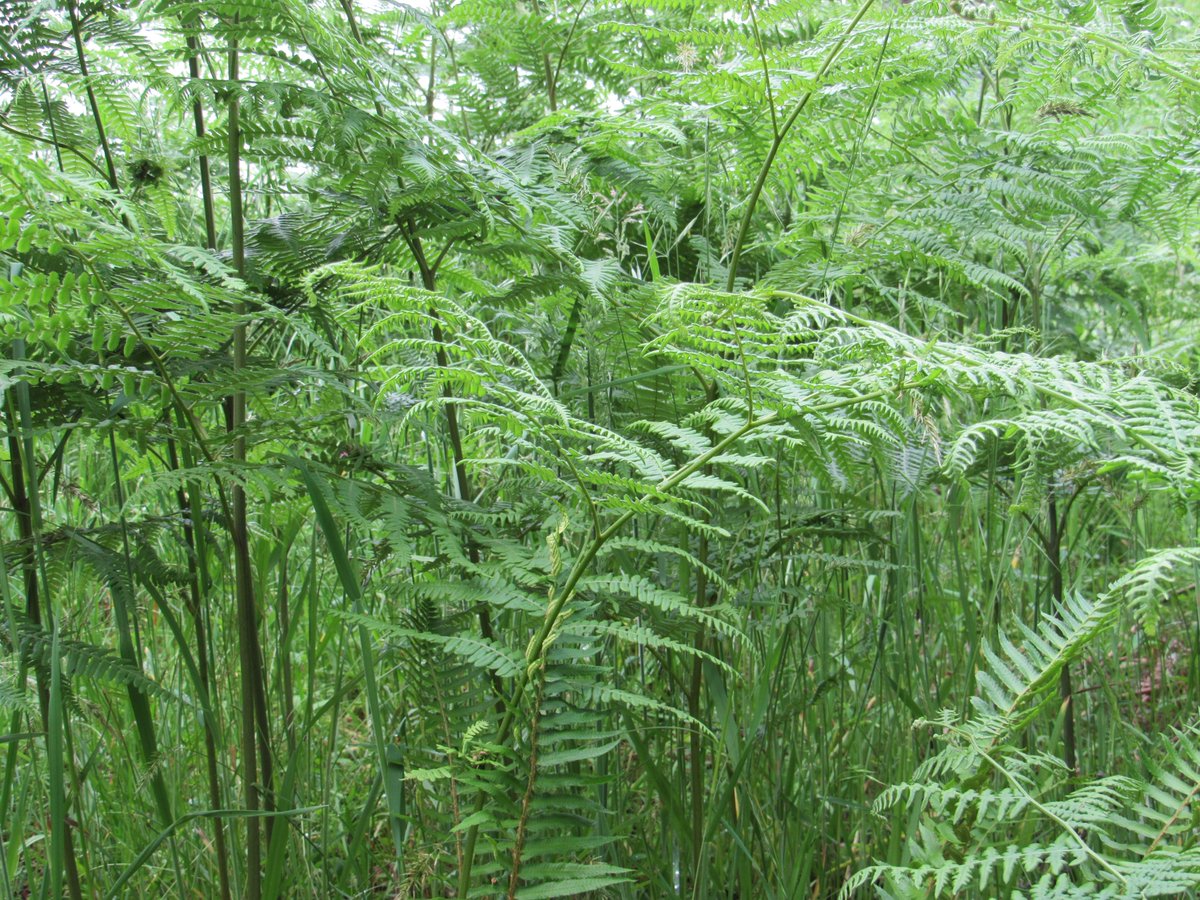 Kelly Bulkeley Ph.D. ·
@KellyBulkeley
"Jean Piaget brings to light a close structural resemblance b/w a young child's symbolic processes and the archetypes postulated by Jung: 'One category of general symbols are common to the thought of the child, to dreams, and to adult symbolic forms'" - Wendy D. O'Flaherty, 1976 https://t.co/owafavNrcB
View on Twitter 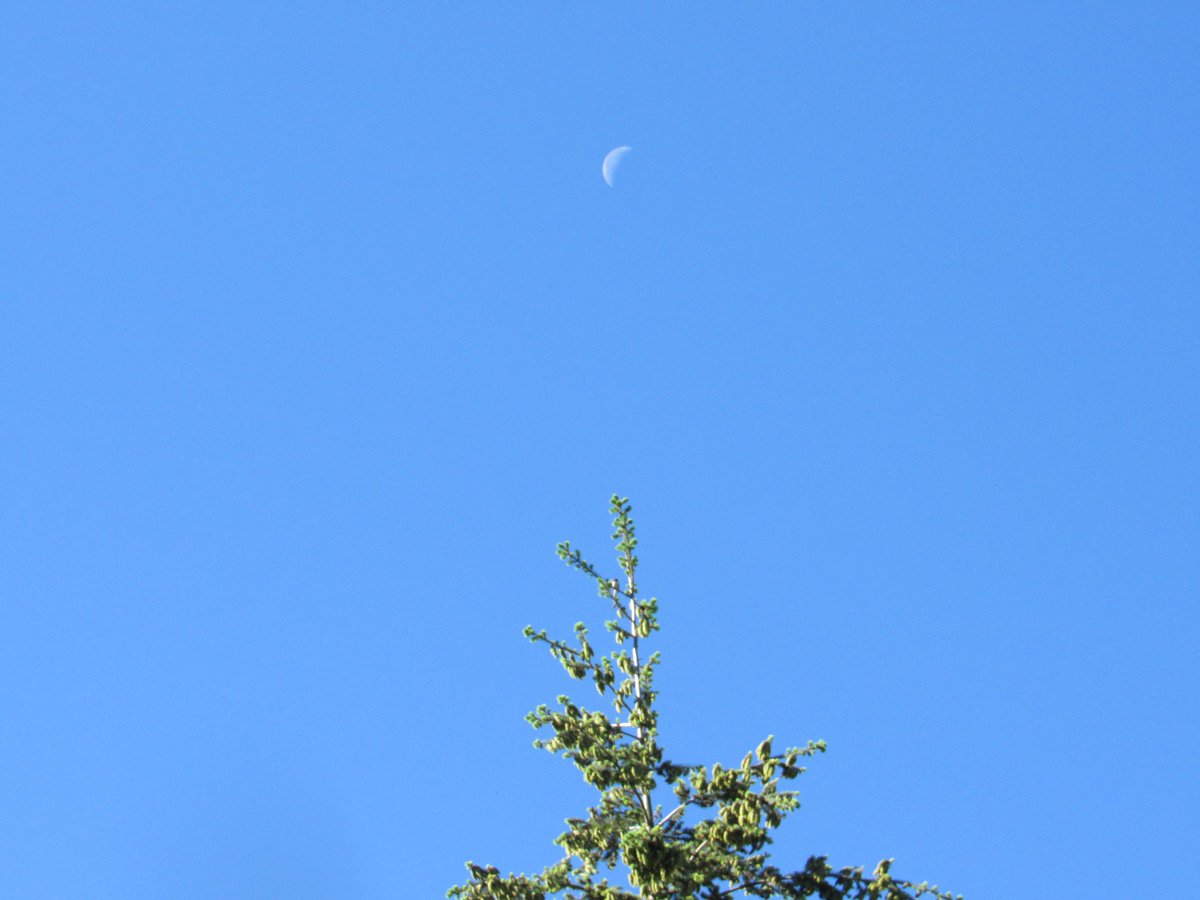 Kelly Bulkeley Ph.D. ·
@KellyBulkeley
Tomorrow I get to speak with the new graduates of the Institute for Dream Studies, an auspicious occasion and a great honor! I'll share with them reflections about the powers, perils, and peculiarities that come with being a big dreamer in today's world - https://t.co/H3yZIBVZiR
View on Twitter
1
9 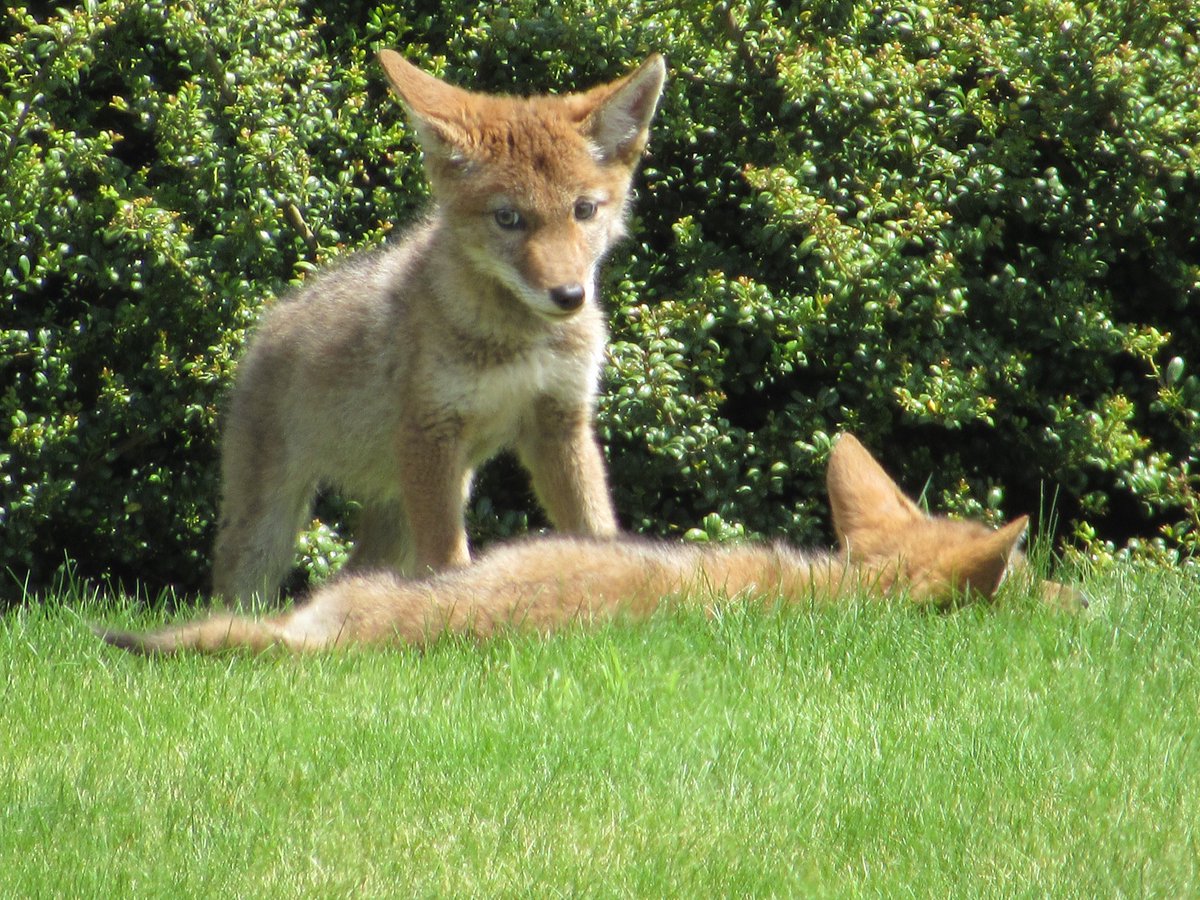